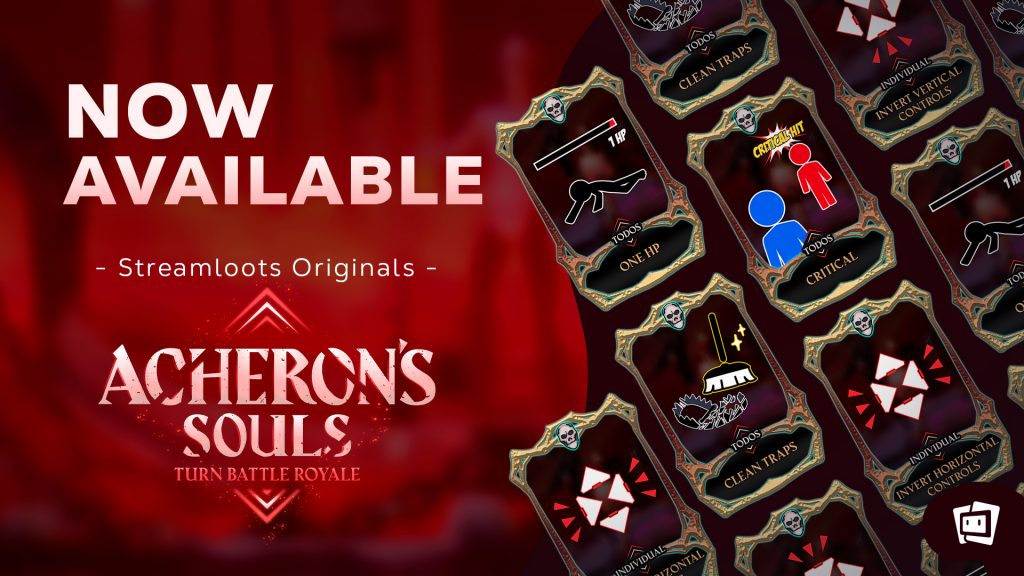 With Acheron’s Souls, your channel’s viewers play from their mobile phone while you cast thegame or play with them in real time
Now with a new way to play, with streamloots, spectators can modify games in real time by exchanging cards!

To play Acheron’s Souls, players will need to download the free mobile application available via this QR code.

The battlefield will change throughout the game, activating traps that will force you to be in
continuous movement.

The game has native streamloot support, so that the redeemed cards influence the gameplay of the game in real time. Is a player about to win the game? Redeem a card to put him in trouble!
You can create chaos in the game and make the fun multiply!

To use streamloots, press F2 between turns and play the cards on the panel. All actions will be executed on the next turn.

Tips for the streamer

● Advise your viewers to pay attention to the interactive tutorial in the App to learn how to play, and to consult the quick guide to learn the skills of their fighter.
● Don’t create games with a large battlefield for few-player games, as they could take too long.
● If any viewer has any doubts about the control or cheats, press F1 to display a window that graphically summarizes how the game works.
● Do you want to cast the game without missing anything? press TAB when the shift is over and access the highlights.
● Are you looking to make the game more spectacular? Move the camera to your liking by pressing F4 and orbit the camera around the stage.
● Multiply the fun by exchanging cards! The games go crazy and the laughs are
guaranteed.