You are here: Home / Increase sales / 🎁 How Your Community Can Use The Gifting Subs Feature In Your Channel 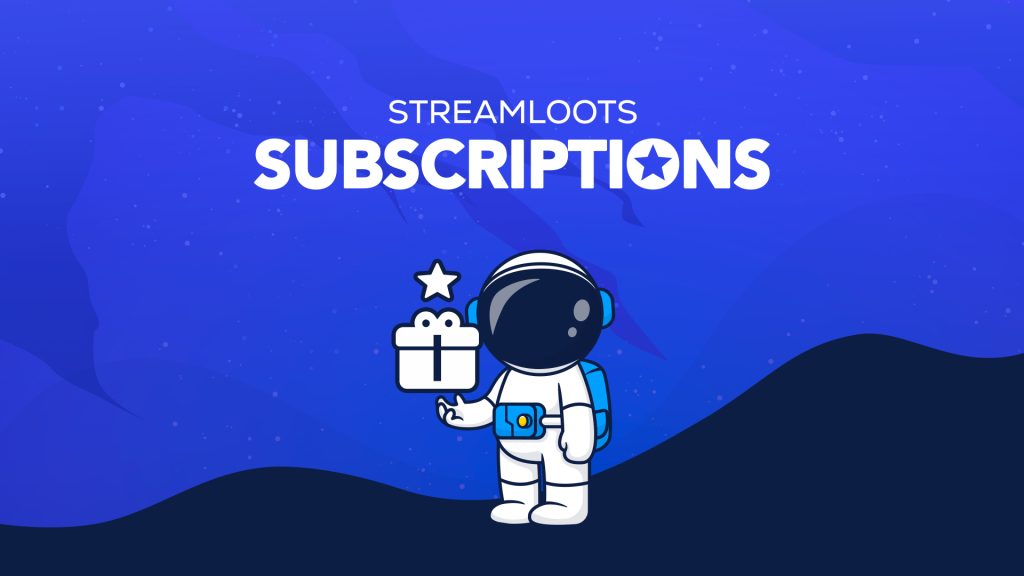 Just a couple of weeks ago, we announced that Subs had arrived at Streamloots, and we told that we’d keep working on getting a more considerable value for every Sub. This is because we want to turn Subs into one of the best ways for viewers to support your channel and get a great deal in return. We want you and your community to feel that Streamloots Subs are more valuable than you find in any platform.

That’s why we’re so happy to announce a new Subs feature: starting from now, your community can gift Subs to other viewers, in the same way it was already possible with Streamloots Packs!

If you missed the Subs Announcement and want to learn more about them, we created a blog post with all the information you need to know about Subs, including the revenue share creators keep (80%), what they provide viewers, and much more. Read below. 👇

Everything You Need to Know About Streamloots Subs

Motivating the most generous viewers to gift subs

First point: keep in mind not to communicate that viewers need to gift or purchase Subs or packs to be valuable members of the community. However, you’re probably aware that in most communities, there are always members who take a lot of pleasure in spreading the love for other members and by providing gifts. And that’s where Sub gifting can play a significant part.

The idea to communicate to your community regarding Streamloots subs is that they’re the best way to support you directly. Subs are the most direct channel to support a creator, with the revenue share of a Subscription being 80% for the creator, an unprecedented amount in creator-based platforms.

With that in mind, we have a couple of ideas on how you can promote the new Sub Gifting feature in your community. 👀

An Exclusive Giveaway for Viewers Who Gift Subs

Attention: don’t give away something too valuable or exclusive, or other community members might feel a bit let down for not taking part. It’s important to acknowledge that some viewers might not be able to become gifters and as such, they shouldn’t feel penalized for not having such a status.

However, you can still explore this idea by providing a small prize that can incentivize people to share their support, and with Christmas around the corner, you can have the community embrace this spirit. As for ideas on what to give away, why not consider a piece of merch, several free Streamloots packs, or allowing them to squad with you in a multiplayer game?

This idea shares some elements with the previous one but instead builds a longer ‘season’ in which your viewers can aim at becoming the top Sub donators of the month, for example, with the top-ranked ones winning a symbolic prize. The idea is to allow them to create a friendly competition that ultimately rewards the whole community.

We want to know your Sub Gifting ideas!

These are some of the ways in which you’re able to use the new Sub Gifting feature with your community. Got any other for us and to share with other creators? Let us know in our Discord!